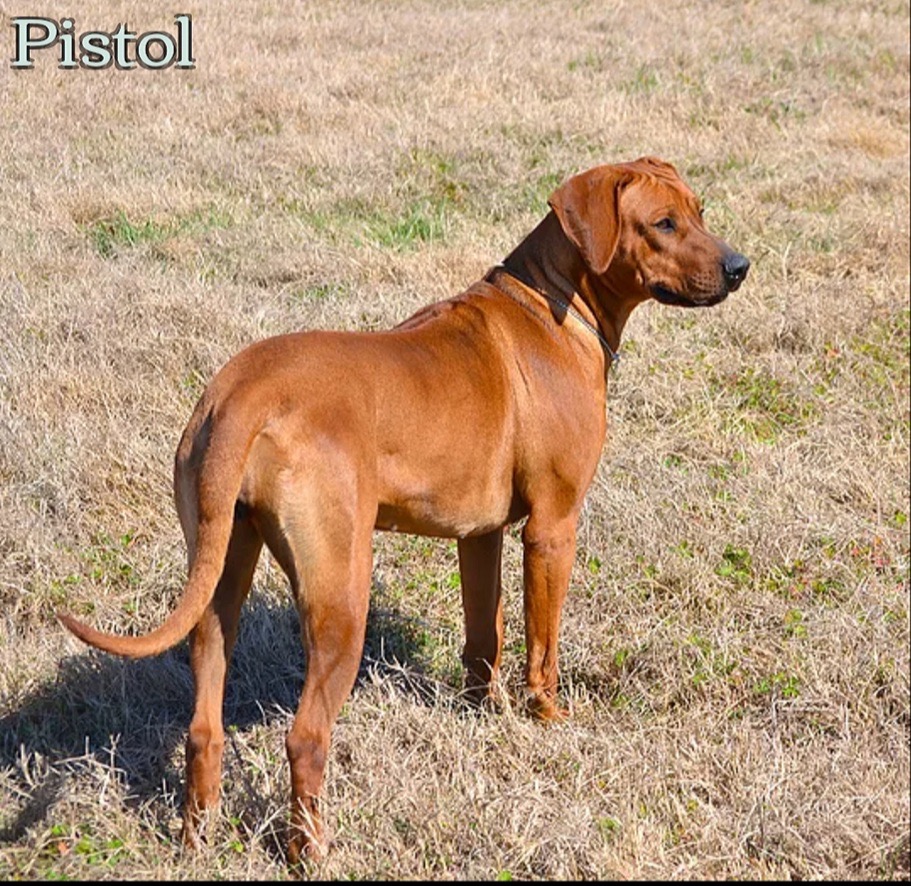 Pistol Annie is from the Top bloodlines out of the exemplary Braveheart Kennels of Runge, TX. They have bred, raised, shown, and loved Rhodesian Ridgebacks for over 35 years.

Bravehearts Pistol Annie is a beautiful Red Wheaten 90+ pound, 27-inch precious, LOVING Rhodesian Ridgeback female. She is retiring this year from being a high achieving brood matron of 5 litters.

Pistol Annie is a direct daughter of Gr Ch Bravehearts the Rifleman, (pictured) a highly sought after bloodline that has produced multiple Champions and Grand Champions.

These are nicely tempered and gorgeous show dogs as well as devoted and sought after companion and service dogs. The Rifleman comes from Gr Ch Danntrig Raffikki and Ch Lionhounds Kubwa Kala Msaka.

Rudolph has been given extremely high accolades by his breeder often at Lionhounds Kennels.

Pistol’s litter shows beautiful conformation, ridges and whirls as well as being extremely loving, social, and endearing to everything they encounter.

Get notified of new puppies and posts!

Your privacy is important to us.
We do not sell your information.