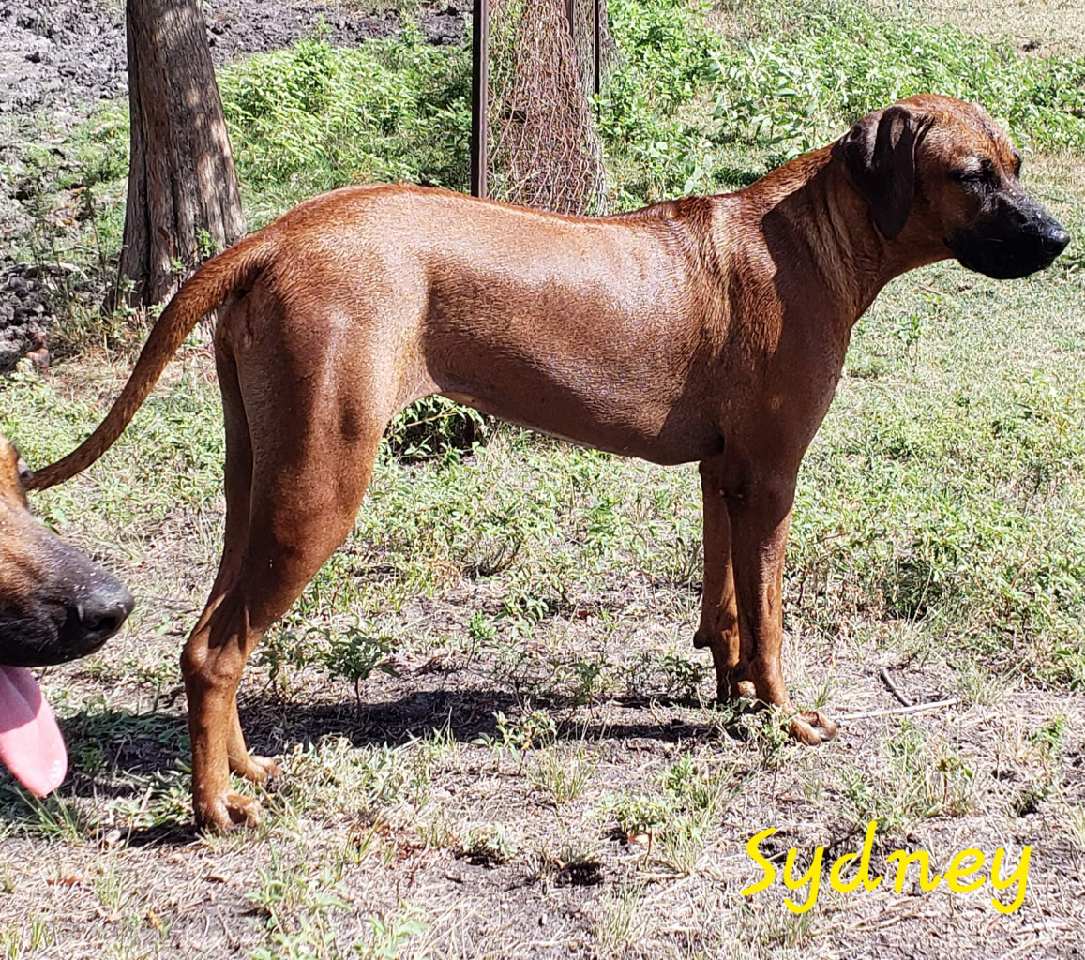 Sydney’s Rifleman of Chisum is one of those overwhelming beauties in the Rhodesian Ridgeback world with her stunning dark Red Wheaten coat, black mask, and alluring eyes. She has it all! Sydney is a 97 pound 27-inch tall beautiful female with a service dog temperament and a ‘just PET ME’ disposition.

We purchased Sydney from Braveheart Farms when she was just 6-weeks old and our two farms have flourished in love and happiness ever since.

Sydney is my very own service dog. She is very intuitive, pleasing, alert, and social. She overcame extreme life and death obstacles in her young life that only a tough, well-bred Rhodesian Ridgeback could conquer.

Sydney is from a strong and flourishing line of beautiful Braveheart Rhodesian Ridgebacks.

Gauge is the grandson of Gr Ch Bravehearts the Rifleman and Lionhounds Magnetic Force, Mica, (an awesome producer in her own right).

Sydney’s dam Bravehearts She Wore A Yellow Ribbon, Jenna, herself is a deep Red Wheaten Female with the deep black mask. She had a sugar-sweet personality and produced like prodigy.

His heart stopping square-masculine headed, deep chested excellent confirmation was all the attention needed to quickly lead us to the Braveheart Kennels and their beautiful Rhodesian Ridgebacks.

Get notified of new puppies and posts!

Your privacy is important to us.
We do not sell your information.